Austin Chamber US House of Representa... 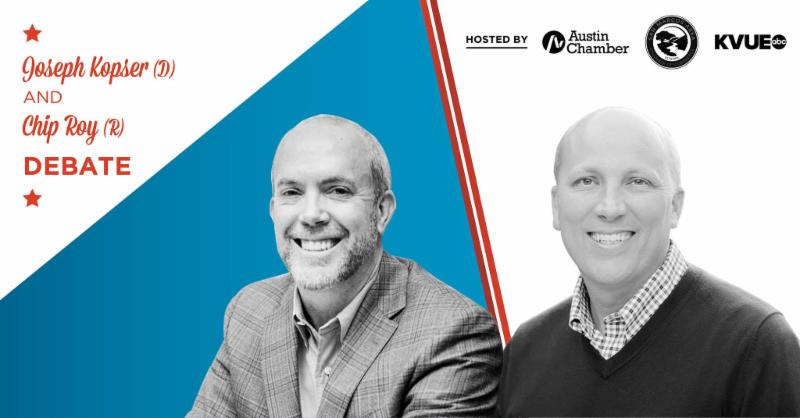 Join the Greater Austin Chamber of Commerce, the San Marcos Chamber of Commerce, and KVUE for a live debate between the two candidates for Texas' 21st Congressional District. Republican Candidate Chip Roy and Democratic Candidate Joseph Kopser will be debating the issues voters are most concerned about including taxes, immigration, and trade. KVUE Anchor Ashley Goudeau will moderate the hour long debate, which will also be live-streamed by KVUE.